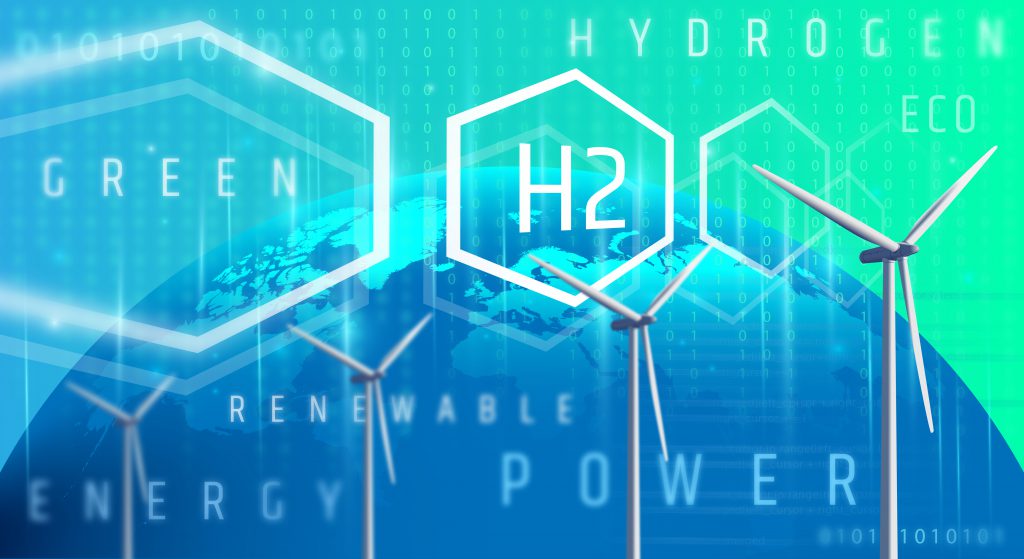 The maritime industry has lately been abuzz with discussions about sustainability as it prepares for stricter IMO regulations on Greenhouse Gas (GHG) emissions. A lot of talk has been on the use of Battery Energy Storage Systems (BESS) for the immediate short-term replacement. However, such solutions only work for a restricted set of operating profiles: think ferries with fixed Point A to Point B routes where predictable charging intervals make the installation of charging infrastructure possible. Equally important though, or perhaps even more so, is the need to examine future fuels that can cater to a more diverse range of vessels.

This study examines the feasibility of incorporating Hydrogen Fuel Cells together with BESS on a Service Operation Vessel (SOV) design.

As one of the alternative fuels with a high energy density and a substantial amount of spare capacity already present in the current world production chain [1], Hydrogen (H2) shows good promise as a potential replacement for traditional “dirty” fuels. When consumed in fuel cell form, hydrogen has no carbon content with water as its only by-product [2], offering the potential to be emission free at the point of use [3].

There is however a caveat to this. While the fuel cells themselves do not produce GHGs, eliminating local pollution, this only constitutes a migration in the pollution locality, with the emissions now concentrated at the source of production. To ensure a true sustainable solution, GHGs across the entire chain must be reduced to reduce the overall well-to-wake emissions.

The world today depends heavily on natural gas and coal to produce hydrogen. This is a method which generates significant Carbon Dioxide (CO2) emissions [4].

A shift in the making of hydrogen is thus required. Emerging technologies such as the Carbon Capture, Use and Storage (CCUS) technique will allow for a massive reduction in carbon emissions (of over 90%) in the current hydrogen production process. Other methods include the use of renewable energy to generate hydrogen through electrolysis [5].

Hydrogen has a boiling point of -253°C which presents significant challenges in terms of storage, especially so on vessels out at sea with space limitations. There are a few schools of thought on how to tackle the storage problem of hydrogen.

Since hydrogen is gaseous at room temperature, one of the easiest methods would be to store it in its natural form. Unfortunately, the low density at this temperature results in very large volumes needed to store an adequate amount of H2. Pressurising the hydrogen gas to 700bar will allow for a 465-fold increase in density, but the greater requirements on tank materials may pose its own set of challenges.

Another approach is to liquefy hydrogen by chilling it to below -253°C. In this state, hydrogen has a remarkably high energy-to-mass ratio – the same as gaseous hydrogen compressed to 800bar [6]. Cryogenic arrangements required to keep the hydrogen at the required temperatures would occupy significant volume and drive up energy demand considerably [7].

A third method of storing hydrogen has been developed. It is possible to bind hydrogen to metal alloys in porous and loose form by applying moderate pressure and heat. Hydrogen “captured” in these metal hydrides are later extracted by removing the pressure and heat. While this is the most volume-efficient method, it may not be weight-effective [5].

Despite the flammability of hydrogen which makes combustion rather straightforward [8], it is widely accepted that the use of fuel cells is the most energy efficient method for extracting power from hydrogen [9], with the Proton Exchange Membrane (PEM) fuel cells technology most in use [3].

PEM fuel cells work by consuming hydrogen and oxygen to generate electricity, which is then used to power the vessel’s electric drivetrain through the on-board distribution grid.

ST Engineering has developed a conceptual 85m Service Operation Vessel (SOV), designed to carry 60 Service Technicians with 25 crew on board for supporting offshore wind farm operations with the following roles:

The current study details the feasibility of a Hydrogen-ised SOV (H2SOV) design.

The SOV has 5 distinct modes of operation across the Transit and Dynamic Positioning (DP) spectrum of duties, with differing powering requirements for each mode.

For an endurance of 30 days, a total of 200 tonnes of Marine Diesel Oil is required to produce the necessary power as per the operating profile detailed above.

Integrating the use of hydrogen power into the SOV’s power generation/propulsion grid will significantly cut back on vessel emissions.  A total of 6 Fuel Cells – each capable of generating 200 kW – will be fitted on board, producing a total of 1,200 kW. These will be distributed into a 2 x 3 configuration, with 3 Fuel Cells (600 kW) fitted on one switchboard. Switchboards are then interconnected via bus ties.

Setting an ambitious target of running Modes 1, 3, and 5 on purely Hydrogen Fuel Cells, there is potential for great savings in terms of weight as well as GHG emissions.

Each Fuel Cell consumes approximately 4.9g/s at 200 kW. This translates into a H2 consumption of 17.64kg/hr.

Across a 30-Day Endurance Mission taking on the operating profile defined in Figure 6, the total hydrogen required to sustain emissions-free operation for Modes 1, 3, and 5 is 34.29 tonnes. In contrast, the fuel oil required for the same powering needs weighs 85.7 tonnes. Without factoring in other considerations, this amounts to a weight saving of nearly 60%. In reality, some of this savings will be used to offset the additional weight arising from the equipment supporting the hydrogen-ised grid (e.g. fuel cells at 1 tonne per unit).

With modularised hydrogen storage systems available in standard 20ft containers, 1000kg (or 1 tonne) worth of H2 Gas can be stored at 500bar within the space of a single Twenty-foot Equivalent Unit (TEU). This translates to 35 TEUs necessary to achieve the goal of zero GHG emissions in Modes 1, 3, and 5, or 58% of the SOV’s operating time. Space could be catered aft of the vessel for the storage of these units, with some containers stored under the deck.

From initial estimates, hydrogen-ising the SOV with the aforementioned parameters will produce a reduction in greenhouse gas emissions of up to 40%.

Ultimately, this study has proven that there are substantial benefits to be gained by incorporating Hydrogen Fuel Cells into an SOV design, in greenhouse gas emissions reductions. With Hydrogen Powered Vessels climbing rapidly up the Technology Readiness Level (TRL) ladder, ST Engineering Marine is already working with Fuel Cell and Hydrogen Storage Solutions providers to further develop the concept and push the feasibility boundaries. Having such a product in the line-up will be an exciting opportunity to steer the company into a greener era ahead.